The majority of Zambian farmers are small or medium-sized. The main problems they face are a lack of knowledge about modern methods and insufficient business skills. Productivity is thus lower, particularly in rural areas, while incomes do not allow the necessary investments to be made and often do not even cover proper nutrition for the family. A CzDA project implemented by a team from Mendel University in Brno is therefore focusing on strengthening business skills and increasing incomes, and thereby the living standards of small and medium-sized farmers in Western Province. Around 8 000 tree seedlings have been planted in four areas of Zambia as part of the second phase of the project.

As a consequence of its difficult geographical and climatic conditions as well as the ongoing consequences of the long-term detrimental and economic isolation policy, Western Province is one of the poorest provinces in Zambia. Although there is potential for agriculture in the floodplain, the lack of a private sector and manufacturing industry means that products are sold in a raw, unprocessed state without any added value.

The most commonly produced crops in Western Province include maize, cassava, and millet. There is also a potential for cultivating rice, mangos, and cashew nuts. Yet crop production is negatively impacted primarily by the less fertile sandy soil and the regular flooding of the fields in the lowlands around the Zambezi River. The province also lacks processing facilities that would add value to the harvest, resulting in higher selling prices, and thus incomes, for the farmers.

“The significant majority of farmers are small-scale ones, for whom agriculture is the sole livelihood. The main problems these farmers face include insufficient knowledge of proper agricultural practices, a lack of quality inputs, poor land management, and adherence to ineffective traditional practices. These problems taken together mean that the productivity of small farmers is low, which impacts their incomes and nourishment for their families. Increasing production by improving existing agricultural practices, increasing the quality of inputs, and additional education is a way to raise the living standards of both small independent farmers and those working together in agricultural cooperatives,” says project manager Martin Danzer from Mendel University in Brno.

The project entitled Developing an Integrated Approach to Farming in Western Province in Zambia has been running since 2018, and is currently in its second stage, which should last until the end of next year. The project includes the strengthening of farmers’ capacity to effectively manage their animal and plant production and its practical application on farms, as well as a demonstration and breeding farm that will give farmers a source of accessible quality breeds and seed stock. Other important components of the project include afforestation and anti-erosion measures to improve the sustainability of the agricultural activities developed in the region, as well as the use of a holistic management approach to the land and livestock to promote the regeneration of degraded areas.

The project is being implemented by a team from Mendel University in Brno, which already has long-term experience with development projects in Zambia. The project promotes partnerships and mutual cooperation between the public and private sectors, and between farmers and other players in the production, processing and retail chain, agri-business, and financing and advisory services. Important project partners primarily include the Czech University of Life Sciences in Prague, the Copperbelt University in Zambia, and the Grass Roots Trust non-profit organisation. The project fully conforms to the priority area of foreign development cooperation of the Czech Republic, in accordance with which it focuses on improving agricultural productivity and diversity, and the stabilisation and economic prosperity of the rural population. 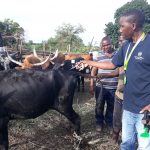 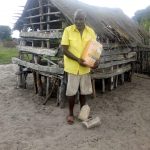 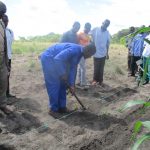 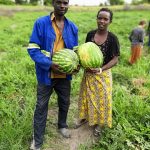 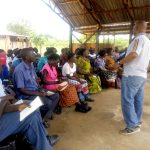 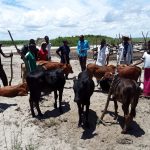