One of the most serious problems for agriculture in Bosnia and Herzegovina is seen as the lack of competitiveness of its agricultural products. This is primarily due to persistent obstacles to exports and the low level of compliance with food safety standards. The Czech Development Agency is, therefore, supporting a bilateral project in the country with the objective of strengthening the food safety control role of the competent authorities. The project is in accordance with Sustainable Development Goal No. 16, as it focuses on supporting effective and transparent institutions at multiple levels.

One of the main problems related to agricultural and food production in Bosnia and Herzegovina is food quality and safety. Control mechanisms in this area are either lacking or are completely inadequate. Foods that pose a risk to human health may be produced as a consequence. The uncontrolled application of pesticides and fertilizers also has a negative impact on the environment, particularly on surface water, groundwater, and the soil. In addition, the food does not meet standards for import to the EU Member States and is thus not competitive in those markets.

This project, entitled Improving Food Safety in Bosnia and Herzegovina and implemented between 2017 and 2020, is based around the current priorities of partner organizations and is fully in accordance with European Commission food safety recommendations. The project also follows on from previous Czech Development Agency projects implemented here in the agriculture and rural development sector.

The need to create a control plan for food additives, pesticides, and salmonella

“It is clear that better food safety will have a positive impact both on the incidence of illnesses caused by unsafe food and also on the environment by reducing the agrochemical burden on the land. If, in addition, Bosnia and Herzegovina produces safe food, it will then be able to export to the EU Member States. Our project, therefore, determines appropriate procedures and systems in three control areas: pesticides and fertilizers, salmonella, and food additives,” says Jan Rosmus of the State Veterinary Institute, the joint project implementer together with the Central Institute for Supervising and Testing in Agriculture.

The first part of the project thus focused on creating a control system for pesticides and fertilizers and an integrated production system. After the completion of the project, Bosnian laboratories will be capable of detecting fertilizer and pesticide residues and a fully functional register of plant protection products and fertilizers will be created. The Administration of Bosnia and Herzegovina for Plant Health Protection is a key partner at the state level.

“The project’s direct target group is administrative staff with competencies for food safety. These are institutions and administration at both state and entity-level that will benefit in particular from the newly introduced control systems and new methods contributing towards improvements in food safety. The farmers themselves will also be direct beneficiaries, as they will have the opportunity to expand their knowledge through training and obtain integrated agricultural production certification,” says Sara Miličić, in charge of projects in Bosnia and Herzegovina at the Czech Development Agency. 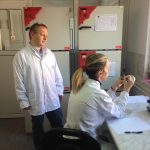 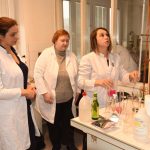 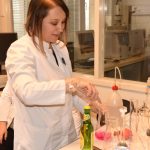 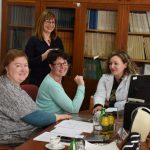 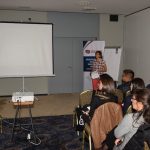 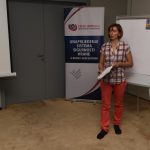