For Clean Environment in Bosnia and Herzegovina!

The UN Convention on Biological Diversity puts forward the importance of reduction of polluted water sources. In order to help to fulfill achieving the goals, our project “Reconstruction of wastewater treatment plant in Gradačac” is being implemented in Bosnia and Herzegovina. In the Bosnian town Gradačac as in many other places in the federation, an outdated water infrastructure dating back to the 70s and 80s is still being used. An increased production of urban wastewaters and a significant production of industrial wastewaters. The Ministry of Agriculture, Forestry and Water Management of the Federation of Bosnia and Herzegovina thus introduced a strategic document on the condition and development of water management in 2011. The document presented key problems and development goals to be achieved by 2035. Among other goals the improvement of water drainage and the removal of wastewater from urban, agricultural and industrial areas were included in the document.

The current wastewater treatment plant dates back to the 80s. The plant has been severely damaged during the war conflict and some equipment has been consequently replaced with the intervention of USAID. Within the CzechAid project the plant has been reconstructed and the technological system was put into operation. The employees of the Komunalac Company have been trained so that they can operate the plant, its technological equipment and the wastewater management system as well as to execute seamless measuring themselves. The project has an important part in terms of awareness-raising activities for schools and employees of the educational centers. The Geotest Sarajevo Company has focused on the educational campaign of the primary school pupils in the field of environment protection. The ceremonial closure of the Ekolav campaign was also attended by the Czech ambassador in Bosnia, Jakub Skalnik. The transmission of the ceremonial hand over of awards was also broadcasted by the local TV . 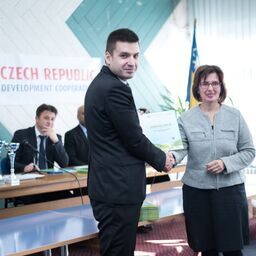 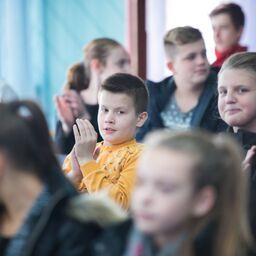 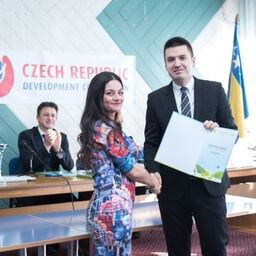 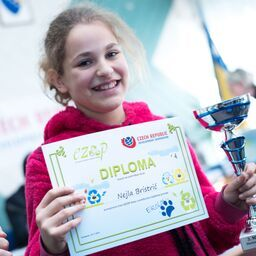 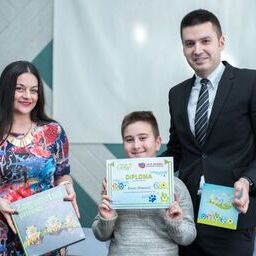 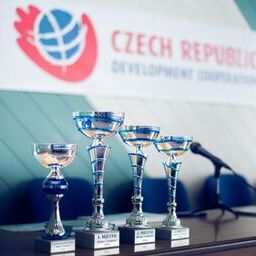