Livno cheese gets second life thanks to Czech help

Livno cheese is one of the best-known food specialties produced on the territory of former Yugoslavia. However, traditional cheese production has been seriously affected by the civil war that swept through the country in the 1990s. Since 2015, experts from the Czech Development Agency have been helping small-scale farmers to succeed on local markets and find ways to export their cheese abroad.

The production of Livno cheese in the region of west Bosnia dates all the way back to the Austro-Hungarian Empire. For local farmers, sheep breeding and cheese-production has been the main source of income for years. But in the last two decades, they have been facing many difficulties, from poor hygienic standards to growing competition by industrial producers. The head of Czech and Moravian Dairy Association Jiří Kopáček has been involved in the Czech development aid in the region since 2015. He explains what exactly makes the traditional Livno cheese so special:

“The Livno cheese is a very interesting cheese produced from non-pasteurised sheep milk. 120 years ago Swiss cheesemakers introduced in the region their technology of making the mountain cheese Gruyere made from cows’ milk. The technology has been modified for mixed milk, which means around 80 percent sheep milk and 20 percent cows’ milk. It is actually a hard cheese, with more than 60 percent of dry matter and a maturity time of approximately two months. The cheese has a specific sheep-milk taste.”

The Yugoslav Wars of the 1990s left the region in disarray, destroying local infrastructure. But according to cheese expert Jiří Kopáček, the biggest problem for local cheese producers was Croatia’s access to the European Union.

“Livno cheese was sold mainly in Croatia but when the country entered the European Union, the border was closed and the farmers lost the chance to sell their products there. They didn’t have the certificate regarding food safety which is necessary to export to the European Union from non-EU countries.”

Another problem local farmers have been facing in recent years is the growing competition from industrial cheese factories. They are producing cheese made of pasteurised cow’s milk, which is cheaper, and sell it for a competitive price while still using the brand “Livno cheese”. During his visits to the region, cheese expert Jiří Kopáček visited over 30 local farmers and says the most burning issues they are facing today is lack of drinking water and electricity. So what kind of help does the Czech Development Agency provide?

“First of all we started to carry out veterinary controls, along with the local veterinary authority. We have been providing the farmers with the necessary equipment and tools, such as anti-corrosion barrels, freezing containers for milk, milking equipment and other equipment. We also support another organisation in the region, American UNPD, which has been building manufacturing plant for cheese-making, providing them with equipment.”

Until recently, most of the local farmers have not been officially registered and Livno cheese has been sold on the markets illegally, Jiří Kopáček explains. However, the situation is likely to improve.

A local farmer’s association called Cincar has recently established a limited company and, thanks to the help of Czech Development Agency, they have opened new premises with ripening cellars and a marketing centre. If the situation continues to develop favourably, traditional Livno cheese may soon be available on the EU market as well.

Interview with Jiří Kopáček for Radio Praha is available here. 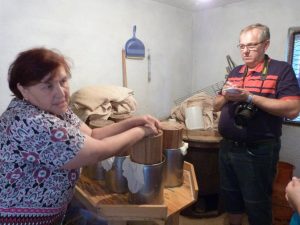 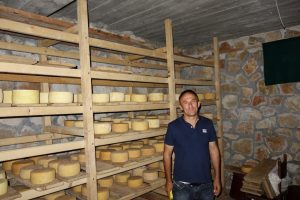