The meeting of the Practitioners‘ Network For European Development Cooperation took place last week in Brussles. Directors and leading staff of the European development agencies gathered at the meeting organized by the open informal platform for development cooperation,  Practitioners‘ Network. Its goal was to ratify a declaration aimed at the joint implementation in favour of strengthing the efficiency and impact of European development cooperation in the upcoming 15 years, as it is defined by the SDGs and the Agenda 2030.

The participants agreed that cooperation of single development agencies, European institutions and partner countries are crucial to success of joint implementation. The need for sharing of good practice with implemented projects within the delegated cooperation, as well as the added value of the European expertise in public and private sector in partner countries have been both highlighted at the meeting.

Michal Kaplan, the director of CzechAid, has also supported the idea of joint implementation and the importance of inter-agency cooperation as well as cooperation with the European institutions. He has also mentioned that CzechAid had initiated the Pillar Assessment, and that it would hopefully join the implementation together with other member states in the near future.

The full text of the declaration from meeting in Brussels can be found here. 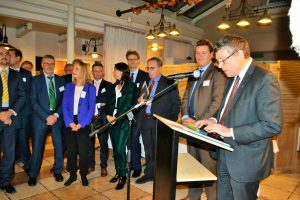 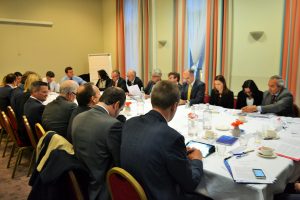 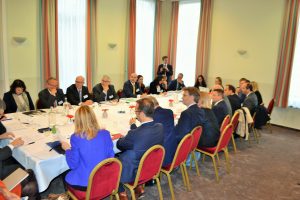