The project intends to contribute to sustainable development and to rising of living standards in remote rural areas of the Bié province by increasing the proportion of literate population with completed basic education. The project aims at improving both access to basic education and the quality of education in elementary schools.

The project is implemented through contracts that include construction of five new primary schools, training of dozens of teachers for primary schools, and literacy courses for adult population in remote rural districts. Implemented activities are further developing the program of building-up teachers qualification which has been established in the Cuemba region by Czech government in 2006. The present project allowed teachers subscribed to the training in 2008 to complete the two-year course. A substantial proportion of all teachers from the district of Cuemba were thus able to accomplish 9th grade of primary school and they also gained knowledge of modern teaching methods. They studied individually and passed tests in school subjects on their own pace, and they attended pedagogical and special courses during the weekends in the Pedagogical Centre established in the district capital Cuemba. The Pedagogical Centre was equipped with library and learning materials that were distributed among all participants. The teachers, who participated in the course, were the major beneficiaries. Not only their qualifications were upgraded, but the project was a form of recognition of their work and played an important motivational role. In addition, the project prepared the ground for further interventions in favour of improving the quality of teaching in primary schools in the district of Cuemba that is one of the most neglected. In addition, a study of needs of schoolteachers regarding their pedagogical skills was elaborated in 2010. Following this study, new educational activities for teachers have been launched in September 2010.

The alphabetical activties consist of the organization of literacy classes for at least 1 000 people in remote rural villages where people do not have the opportunity to enrol in standard basic education. The participation in the classes will be gender balanced. In 2009, the preparations began in two dozen selected villages which are not included in the literacy plans of the Bié province in the near future and where the dwellers showed an active interest in the literacy courses. The dwellers must create conditions for the course to be launched, in particular, it is required to construct a simple shelter for teaching (the so-called jango), to prepare a list of candidates for courses and to help find teachers. The aim of the literacy classes is not only to teach participants to read, write, and basic numbers, but also to bring new ideas into the villages and to raise awareness on various social issues. It is therefore likely that, if successful, the courses will contribute to the overall intellectual shift of villagers. The project already contributes to the visibility of literacy opportunities and inspires interest of other villages that could not be integrated into the program for capacity reasons.

The project contributes to the implementation of the Angolan government’s educational reform. The aim of the reform is to ensure access to basic education for all children by 2015, introduce uniformed curriculum and structure the system of primary schools. 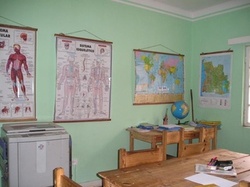 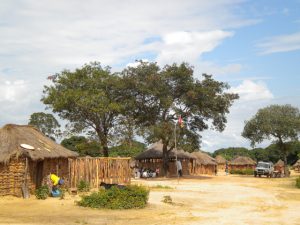