The end of September saw the grand completion of a foreign development cooperation project coordinated by the Czech Development Agency entitled Sustainable Production of the Traditional Domestic Livno Cheese. The aim of the project was to support local cooperatives of small traditional cheese producers to enable them to supply high-quality and hygienically sound products to the market in Bosnia and Herzegovina and, in the future, to the EU, particularly to nearby Croatia, where Livno cheese is a well-established brand and is popular with Czech tourists.

Small producers of the traditional domestic Livno cheese in Bosnia and Herzegovina have long struggled with a whole range of problems. The production process, from milking to the final product, was not safe in terms of food hygiene. Hygiene standards in the production and processing of the milk were low, there was no regular veterinary monitoring of animal health or checks on the quality of the cheeses produced, and manufactories were often not secured against infestations of insects and rodents.

A group of several farmers from the Cincar association in Livno, led by the farmer Joza Bakovič, began to strive to bring about a renaissance of Livno cheese in Bosnia and Herzegovina. Back in 2016, as part of the project, the Cincar association was supplied with small equipment by the Czech Development Agency, which also provided the members with training focused on how to produce cheese in a safe and hygienic manner. In the following years the cheese factories of individual producers were refurbished and fitted out with additional equipment in cooperation with the UN Development Program. The Czechs carried out repairs and supplied equipment for the building in the city of Livno that houses the central ripening warehouse, a laboratory with basic equipment for analysing the quality of the cheese, and a shop. A series of training sessions were also held to teach staff how to produce cheese properly, under the guidance of the renowned cheese expert and chairman of the Czech-Moravian Dairy Association, Jiří Kopáček.

“The project was divided up into two main parts – the first was support for the production cooperative of small farmers, involving training in production hygiene standards, the introduction of hazard analysis and critical control points (HACCP) in production, and the supply of small agricultural equipment for farmers (boilers, milking parlours for sheep, etc.). Structural alterations were carried out at individual farmers’ small dairies in collaboration with the UNDP. Before the start of the project these operations were completely unsatisfactory. Most of them were untiled, with no screens on the windows or even basic hygiene precautions. A central ripening room was also built and equipped, with an HACCP system. The part of the building housing the ripening room serves as the cooperative’s administrative offices and as a cheese shop,” says Štěpán Šantrůček from the Czech Embassy in Sarajevo, describing the project.

The second part of the project comprised support for the local veterinary institute in Canton 10. The Czech Development Agency supported the institute by supplying laboratory equipment and introducing accredited methods for analysing the quality of milk. Since then the Cantonal Veterinary Institute has conducted regular checks on the production process and has explained the conditions required for hygienic production to the farmers. In addition, beyond the scope of the project it has also been in contact with the Food Safety Agency of Bosnia and Herzegovina, which has checked the entire production process. “The result is that the cooperative has succeeded in registering “Livno original cheese” under the “Protected Designation of Origin” trademark, like cheeses such as olomoucké tvarůžky have in the Czech Republic. This is the first Bosnian and Herzegovinian product to have been granted this protection. Amongst other things, protected designation of origin is proof that the production process is safe in terms of hygiene,” adds Štěpán Šantrůček, according to whom the Cantonal Veterinary Institute does a good job. The laboratory equipment supplied is used on a regular basis and the Institute is gradually expanding its range of services and accredited methods. It also conducts milk analyses on a commercial basis for two large dairies in Livno. Its activities have been made even more sustainable by its involvement in the “Increasing Food Safety in Bosnia and Herzegovina” project, which is implemented by the State Veterinary Institute of the Czech Republic.

What will be crucial in terms of the sustainability of the production cooperative’s activities is the farmers’ motivation to comply with the stipulated hygiene conditions. “By the end of the year the CzDA will have prepared a tripartite agreement between the CzDA, the city of Livno and the cooperative, which defines the cooperative’s obligations following the completion of the project. As the cheese-making season lasts from April to October, sustainability will depend on the success of the following season, when the CzDA support comes to an end,” adds Sara Miličič from the Czech Development Agency. 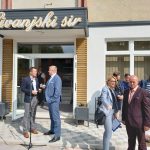 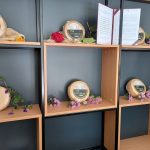 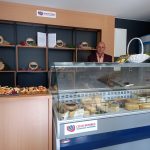 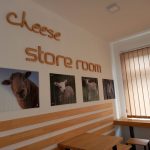