The SDGs Awards at the Czernin Palace. The Czech Development Agency Award went to Diakonie ČCE – The Centre for Humanitarian and Development Cooperation

On Thursday 16 September, the winners of the 5th annual SDGs Awards were announced at the Czernin Palace of the Ministry of Foreign Affairs of the Czech Republic. Just as in previous years, the Association of Social Responsibility awarded the best projects for meeting the UN Sustainable Development Goals in the Czech Republic. The winners went to projects with a unique impact on various areas of life. Examples of prize winners are a mental health project for schoolchildren, a tool against wasteful procurement, a space for sharing books and textbooks or raising awareness about menstruation in developing countries. This year, one of the categories announced also focused on education.

Sustainable projects applied for the fifth SDGs Awards during March. In all there were 238 entries, and the winners were selected over July and August by an expert jury consisting of representatives of partners, the public sphere, business, trade unions, as well as experts in sustainability and education. This year was focused on education. As a result, a special Education category was created to highlight innovative projects actively fighting to improve education for both children and adults. The award ceremony could be watched via an online stream from DVTV, an Internet TV station, and on the Association of Social Responsibility’s social networks.

“This year’s event stood out due to the wide range of projects that use innovation to address topical social issues. They lead young people in schools towards sustainability, open up new and much-needed topics for debate in society, such as mental health or domestic violence, help transparency in public procurement, bring digital innovation to social services and nor do they turn a blind eye to problems that are happening far beyond our borders,” added Lucie Mádlová, founder and executive director of the Association for Social Responsibility, which has been announcing the SDGs Awards in the Czech Republic since 2017.

This year, the SDGs had several categories. The first prize in the Public Sector category went to the Nevypusť Dušiassociation with its mental health project for schoolchildren that teaches children and teachers how to properly care for their mental health and shows them where to seek help in an emergency. Nearly 8 500 pupils have already joined the programme. The expert jury decided the winning entry in the Business category was from Datlab and its tool Control against wasteful public procurement, which seeks out violations of regulations, contracts with shell companies or politicians or firms pretending to compete but actually there is a pre-agreed winner. This year the tool was made use of by several investigative journalists and the Police of the Czech Republic.

The winner of the Young Leaders category, sponsored by Forbes Czechia, is 24-year-old Tedeáš Kula, who is behind the Reknihy project, which creates a space for sharing books and textbooks among readers and books looking for new owners. In the 2 years since Reknihy has been running, people have saved over 50,000 books from the bin, saving around 30,000 kg of paper. The expert jury award for Reporting in line with the SDGs went to Komerční banka, whose non-financial reporting clearly shows the bank’s comprehensive approach to sustainable development and describes not only its own sustainable activities, but also its significant influence in the area of financing.

The Czech Development Agency Award went to Diakonie ČCE (Evangelical Church of Czech Brethren)- the Centre for Humanitarian and Development Cooperation with a project focusing on raising awareness about menstruation to address the problem of a lack of affordable menstrual products in developing countries through the launch of a new product – reusable tampons. “The project is comprehensive in its scope in that it deals with several topics and includes components such as the educational, health, mental, sociological, environmental, entrepreneurial and innovative aspects, offering a change in thinking and a transfer of Czech know-how with a focus on women who, in many ways and areas, are on the “sidelines” and it is extremely beneficial not only for the recipients but for society as a whole. This sustainable model, which sensitively links natural human needs with local business development and self-reliance to promote reproductive and menstrual health through access to clean water, sanitation facilities and good personal hygiene, is applicable in other territories, which only adds to its benefits. The project’s quality is further testified to by the UNDP grant,” said the jury as a justification for choosing this project for the CzDA Award.

The winner in the Education category was the TEREZA Education Centre with its international Eco-School programme. It is the world’s largest education programme guiding young people towards sustainable living. TEREZA has been its coordinator in the Czech Republic for more than 15 years. Currently, more than 70,000 children and adults are involved in the Eco-School through nursery, primary and secondary schools.

Refork, a technology company that develops new natural materials based on wood flour for the production of functional and sustainable alternatives to plastic products, has been nominated to go to the final of the Moonshot Awards in New York. The winners of each category received designer trophies made by Václav Mlynář & Bomma. The trophies are loosely inspired by a flying balloon, which was the main graphic motif of this year’s SDGs. Each trophy is hand-blown without a mould, so each piece is an original. The glass balloons were hand-blown by the children who were the ambassadors to this year’s event.

Awareness of the SDGs is growing in the Czech Republic, interest in health and well-being dominates

The latest research by Ipsos for the Association of Social Responsibility shows that awareness of the SDGs has increased yearly in the Czech Republic. More than half of the population (52%) have heard of the SDGs, and 29% have at least basic information about them. For the younger generation it is even better: 58% of young people have heard of the SDGs and 35% have basic information. People with higher education have a greater knowledge about the SDGs (70%).

The most frequent communication on the theme of SDGs was from NGOs (40%). Compared to last year, communication from companies and the private sector has also increased (37%). For a long time now the most important goal for people in the Czech Republic has been Health and Well-being (39%). In second place is Decent Work and Economic Growth (25%). Compared to last year, the importance of the Quality Education goal has increased (22%), which is more often mentioned by people with a university degree (33%) and those with two (35%) or three children (38%) in the household. 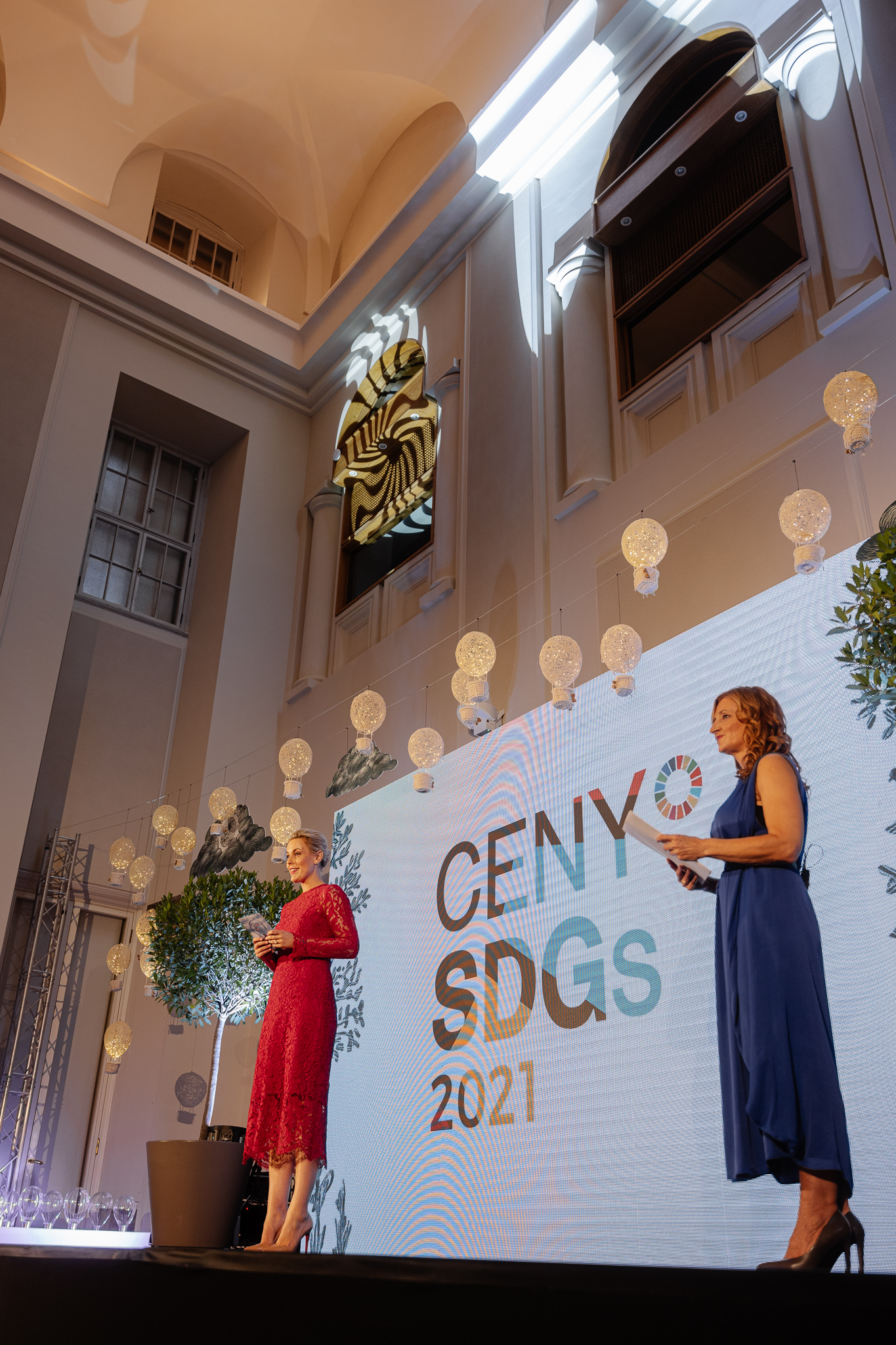 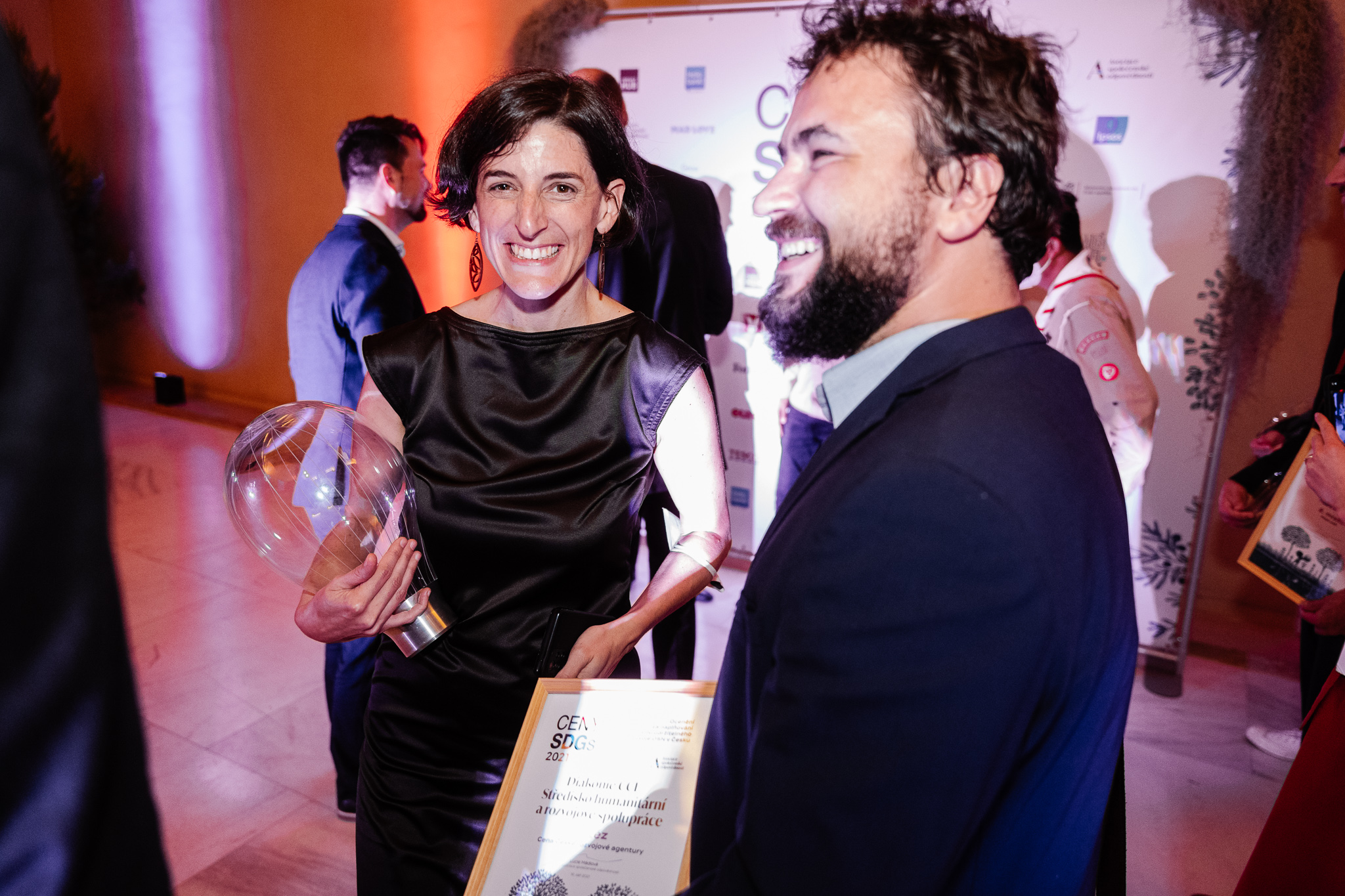