With the support of the CzDA, People in Need manages to increase the living conditions of poor farmers in Ethiopia and reduce the degradation of the country

Projects supported by the Czech Development Agency and implemented in Ethiopia by People in Need and other partners are successfully realized. Recently, a publication entitled “Best Practices in Landscape management” was published by People in Need as part of the project Increasing the Ecological Stability of the Dijo and Bilate Watersheds, which charts examples of good practice in the management of the landscape of Czech development projects in Ethiopia between 2010–2020.

The publication Best Pactices in Landscape management created in cooperation with other Czech realizers (Mendel University, Czech Geological Survey, All for soil o.p.s) is a very comprehensive and practical form given by how best to proceed in projects focused on landscape management and afforestation, or how to cooperate with communities and local authorities. Ethiopia, a large country whose economy generates income mainly from agriculture, is heavily dependent on natural resources, primarily on land and water, hence the protection of these natural resources is directly linked to sufficient food production, stability, and population health. Finally, this publication also brings tried and tested, innovative practices such as agroforestry and restorative agriculture or participatory landscape development. The publication in English is available here.

In 2017–2020, a project aimed at participatory development of a productive landscape took place in the Sidama zone with the support of the Czech Development Agency. Its intention was to increase the living conditions of poor farmers in selected kebels by improving farming practices and making better use of natural resources. The first part of the project focused on addressing the direct causes and consequences of landscape degradation, primarily intensive deforestation, and soil erosion, which is caused by inappropriate agriculture, excessive use of firewood and grazing. Another part of the project was dedicated to addressing malnutrition, which generally affects poor households with young children and single mothers. As part of the project, farmers have adopted the cultivation of new crops, in particular vegetables, strengthened links with public agricultural assistance providers, and thrifty farming practices such as the use of biomass as a natural mulch. This project was directly followed by its second part (2021–2024), which further expands the geographical and thematic scope of the completed project. The follow-up project also focuses on strengthening the capacity of local communities as well as local administrative authorities, implementing comprehensive anti-erosion measures, applying friendly agricultural practices, and finally implementing land management plans.

The project to Increasing the ecological stability of the Dijo and Bilate Watersheds, the first phase of which began in 2016 and the second one recently ended, then strengthened the community resource management system in 14 municipalities in Alaba and Senkura counties in the State of Southern Nations, Nationalities and Peoples region (SNNPR). It has seen an increase in ecological stability and the development of sustainable livelihoods, including through the support of community forest nurseries, which have already started producing their own seedlings. Progress was also visible in previously involved farmers, who, for example, already grow forage-grasses and have stopped grazing cattle freely.

“Although in 2021 the implementation of projects in Ethiopia was complicated by the country’s internal political developments (namely the general election and the Tigra conflict and the associated riots culminating in the declaration of emergency) and the consequences of the Covid-19 pandemic, we managed to successfully continue them. As part of our projects in the Sidama zone, among others, we created useful “story maps” that clearly and visually attractively approximate the project’s focus and procedures and could be used at a time of pandemic restrictions.” says the program manager for the Horn of Africa, Barbora Ludvíková of the People in Need. You can find the pages of these professionally crafted “story maps” here. On this link you will find a video of the Embassy of the Czech Republic in Addis Ababa entitled Good Practice in Natural Resource Management, which brings the progress of the project and its significance to residents.

A specific example of how these projects can help small-scale farmers in individual communities is the story of the farmer Almaz Argeta, who, together with her husband, manages a five-hectare field in Dibicha kebeli, on which she reaps not only her long experience but also new knowledge and procedures from the project supported by CzDA. She planted carrots, onions, tomatoes, cabbages, beets and two types of beans thanks to the delivery of the bred seeds. The crop was so prosperous in quantity and quality that it was able to charge a higher price at the markets in Safa and Chuko for its sprouts, providing its family of ten, purchasing the necessary medicines and school supplies. Almaz’s success has inspired and motivated other residents to participate in the project. And it is, among other things, the proper fertilization process that underpins its excellent results.

Unfortunately, a large proportion of households from targeted communities, especially poor farmers, remain outside the reach of government development campaigns or apply practices that are not suitable for the landscape in the long term. Projects of the Foreign Development Cooperation of the Czech Republic in the areas of water access, agriculture and sustainable management of natural resources contribute to building a long-term resilience of communities to climate change, which is appreciably impacting the Horn of Africa. Together with local authorities, we focus on protecting soil from erosion caused by inappropriate management and across-the-board deforestation, promoting biodiversity and sustainable management of water resources. Effective landscape management, a suitable combination of crops and the right ploughing can hold more water in the landscape, reduce soil take-off and improve production. What is important in the project is the role of model farmers who are open to new practices, cultivate their fields and prepare responsibly for both drought and flood. The results come in different forms – soil removal is reduced, agricultural yields increase, and previously degraded territories are rehabilitated,” adds Barbora Ludvíková. 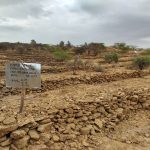 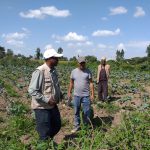 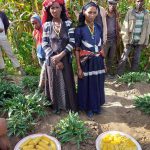 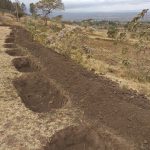