Even though over ¾ of Bosnia and Herzegovina is mountainous (with minor exceptions for private ski resorts), its mountain rescue service has no professional workers. It is completely volunteer-based and relies for the funding it needs on sponsors, local government, and civil protection units. There is no central telephone number for the mountain rescue service, nor is there any guaranteed nonstop emergency service. Therefore, this year and with assistance from the CzDA, a three-year project has been launched to improve the cooperation between the rescuers in the different mountain areas, to increase their capacities, to assist with equipment, and to transfer experience from the operation of the Mountain Rescue Service in the Czech Republic.

The economic situation in Bosnia and Herzegovina means that many roads are in poor condition, and a significant number of locations in the mountains are difficult to access. This makes saving people’s lives very much more difficult if they get into difficulties. Due to the problems with access and subsequent movement in the mountains, specialised mountain rescue services participate in rescues in these hard-to-reach areas, yet “only” operate on a volunteer basis. Meanwhile, their importance cannot be underestimated. “The mountain rescue system in Bosnia and Herzegovina is completely different to its counterpart in the Czech Republic. The main difference is that their mountain rescue service is not centralised, and thus not state-funded. It comprises approximately ten mountain rescue service unions covering around forty independent rescue associations,” says the project guarantor and director of the Mountain Rescue Service, Patrik Jakl.

In the second half of October, therefore, a four-member team from the Czech Mountain Rescue Service launched a project with a five-day visit to Bosnia and Herzegovina, during which they familiarised themselves with the local mountain rescue system and with the needs of the local “mountain servants”. The actual trip was preceded by several months of preparations. The Mountain Rescue Service team commenced their first “mission” in Sarajevo, then travelled across the Vlašič massif, Blidinje Nature Park, and the Medjugorje pilgrimage site , finishing after five days in Mostar, the location of the headquarters of the largest mountain rescue service association Savez Gorskih Službi Spašavanja u BiH (GSSUBIH). During the trip, they had meetings with many rescue associations, at the ministry in Sarajevo, participated in a course for new rescuers, saw a night simulation of a search operation, a cynology demonstration, an exercise for the rescue of an injured person on a steep slope, and met with representatives of the water rescue service.

“The technical equipment in Bosnia is of a lower standard than we are used to in the Czech Republic. Also, the decentralisation means that every association has different equipment and different capabilities. Improving the equipment situation is part of the project,” says project manager Kateřina Mejsnarová. The project plan for the coming months has already been finalised. It will include a total of three training sessions for methodologists from Bosnia and Herzegovina. One winter training in the Czech Republic, and one winter training and one summer training in Bosnia and Herzegovina. In addition, they will jointly prepare a new Bosnian rescue “textbook”. “The first training for methodologists from Bosnia and Herzegovina will most likely take place in February 2021. The plan includes the purchase of the equipment most needed now by rescuers in the Balkans,” said Martin Kocum, another member of the team and a Mountain Rescue Service methodologist from Šumava. in In the first phase, the project budget will be used to purchase GPS units, stretchers, and equipment for winter rescue operations.

A partner group made up of representatives of the Mountain Rescue Service of the Czech Republic, the Ministry of Security of Bosnia and Herzegovina, and representatives of the Association of Mountain Rescue Services in Bosnia and Herzegovina will be established for the implementation of the project. Each of these institutions will nominate into a tightknit working group at least one representative to participate in all project meetings and the follow-up communication. The CzDA will supervise the formation of this working group and its plan of activities. “The final impact of the project will be very extensive. We consider the main final beneficiaries to be the citizens of Bosnia and Herzegovina living in and around the mountains, in hard-to-reach areas, and in remote plains. As over ¾ of the country is mountainous, this means there will be a large number of beneficiaries. The final beneficiaries will also include tourists from the Balkans and from the Czech Republic, who go into the mountains for recreation, whether this means alpine tourism or winter sports,” says Ivana Pejič Povolná of the CzDA, who is in charge of projects in Bosnia and Herzegovina.

As tourist numbers are rising from year to year, the positive impact of this project will continue to grow. Around 5 000 Czech tourists head to Bosnia and Herzegovina every year, and tourism in this country is generally showing a rising trend. This growth in tourism and the trend towards adrenaline and adventure sports in general is resulting in increasing numbers of accidents, which in itself highlights the importance of this contribution towards improving the capacities of the mountain rescue service in this country and support for preventive measures for safe movement in the mountains. 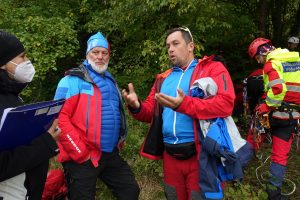 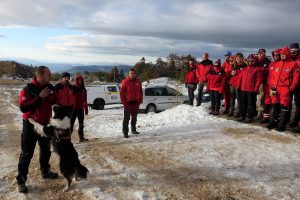 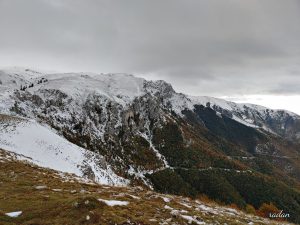 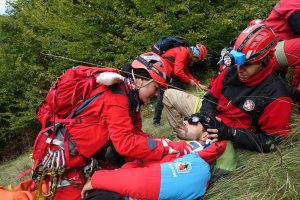 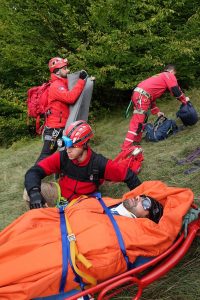 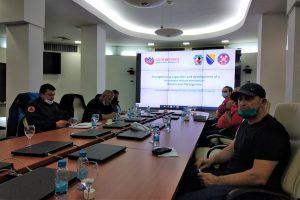 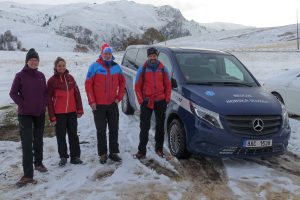