On 6th September, Michal Kaplan was appointed by the Deputy Foreign Minister Tomáš Dub to a post of CzDA director for a term of four years. The event was attend besides CzDA employees, by Ministry of Foreign Affairs (MFA) representatives Ivan Jukl, Director General of the Economic Section and Zuzana Hlavičková, Director of Development Cooperation and Humanitarian Aid Department.

During an introductory speech, the Deputy Foreign Minister thanked Michal Pastvinský, the former CzDA director, for the management of the Agency and displayed a high expectation about the team cooperation of CZDA with the new supervision. Michal Kaplan highlighted MFA support as an important factor influencing Agency work and displayed his intention to defend this cooperation. Furthermore, a new strategic management of the Agency adopts work adjustment at all levels being described by “PET” – professionalism, effectiveness and transparency.

Following discussion offered MFA representatives and CzDA employees an opportunity to exchange own opinions regarding the future of Czech Official Development Aid (ODA). The need for operational and technical background for the purpose of the proper Agency performance was emphasized. The Deputy Foreign Minister Tomáš Dub closed the event with the words: “ODA has to be considered as an integral part of foreign policy. Moreover, ODA assists not only people in need living in developing countries but also significantly contribute to the good reputation of the Czech Republic around the world.” 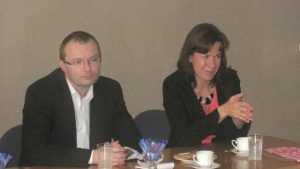 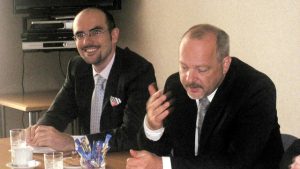