Promoting cancer prevention among women in the region Šumadija

According to Serbian “Association for the fight against breast cancer” cancer affects approximately 30,000 people in Serbia each year. The most common form of cancer is a woman breast cancer associated with malignant tumor. Every year there are 4000 new patients registered and about 1 300 women die (which accounts 18 % from of all cancer deaths). Breast cancer is the third leading cause of death among women aged 45-64 years, while most of the cases are detected at a very advanced stage; only 2% of cases are covered in time). The second most common form of cancer worldwide is cervical cancer, which in Serbia accounts 6.8% of the total number of cancer deaths. Age of these cancer victims is mainly between 45-49 years and 70-74 years.

The Czech development project is aimed to promote cancer prevention among women in the Serbian region Šumadie, respectively in 40 villages located in remote areas and thus away from the hospital in the city of Kragujevac. The project is implemented through public education and increasing of literacy (brochures, seminars, TV and radio trailers) in remote, less accessible areas. Further, an equipped mobile unit has been established and staff trained. This allows a medical examination in remote rural areas. The project is being implemented in collaboration with local NGO Oaza Sigurnosti. 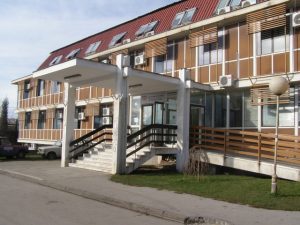