The deputy Prime Minister of Cambodia Mr. Bin Chinn handed over the order to Vlastimil Tesař, head of the Czech Embassy in Phnom Phen, during a celebration of the 20th anniversary of the Takeo Eye Hospital. “We perceive the awarded order as an expression of recognition and gratitude of the Cambodian government for the long-term mutual cooperation and as thanks for the implemented projects in the country, which contribute to reducing poverty, improving health care, increasing the quality of education, environment and social system and supporting business. The honour is at the same time a commitment for the next years to continue the projects of development cooperation in Cambodia and be as successful as in the case of the Takeo Eye Hospital,” says the director of Czechaid Pavel Frelich.

Rural areas of Takeo province are home to nearly 850,000 people, out of which every sixth lives under the poverty line. According to statistics, 4 out of 5 locals, mainly farmers, do not have sufficient access to the health care and about the same number of people has never had their sight examined. Almost 4 % of population suffer from blindness caused by cataract and infectious diseases which are, however, easy to treat when diagnosed early. Even though a considerable part of the region’s population suffers from vision impairment, medical examination and the following treatment exceed the financial possibilities of many families. By the children, who do not receive an early treatment, other disorders can be developed.

“The project of Czechaid implemented by Caritas CR aims at increasing capacities of the medical personnel and providing ophthalmology services to the rural poor living in the Takeo province. Besides providing the health care, which included cataract surgeries, 30 volunteers from village support groups in 8 districts were trained as well as medical centres’ staff that will together with the volunteers and the team of the Takeo Eye Hospital carry out a regular screening in villages. We consider the project highly needed and we are very glad that it was awarded with such a prestigious honour,” says the head of department for partner relations of Czechaid Martin Náprstek.

Nowadays, Takeo eye hospital belongs to the top specialized medical centres in Cambodia. Its activities also focus on raising awareness of vision damage prevention. The ceremony in Pshar Takor Village took place with the attendance of Cambodian government officers, representatives of national and local institutions and with a great interest of public and media. 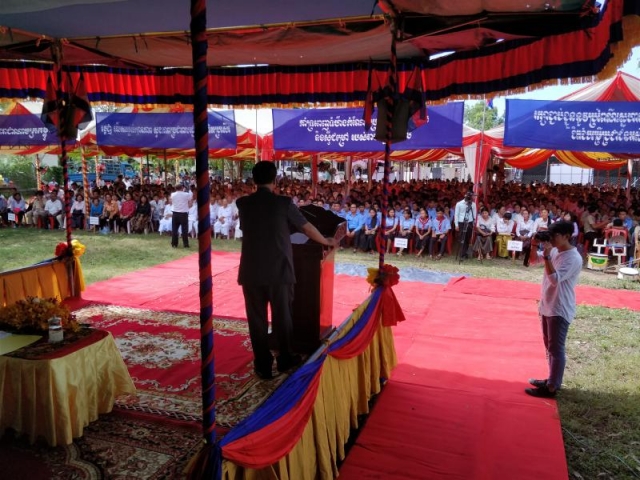 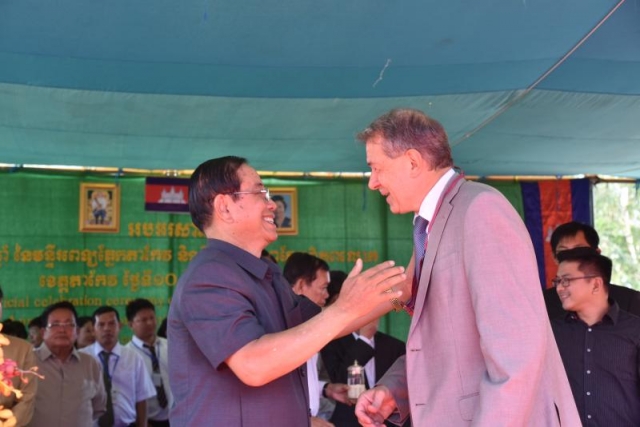