In January 2015, Temporary Expert Assignments Programme, which is based on the transfer of our transformational experiences, was newly incorporated into the tools of the Czech Development Agency. After a successful pilot phase in Moldova, Serbia and Georgia, it was extended to other priority countries of the Czech Republic’s development cooperation. At present, 33 projects have thus been successfully implemented, whether they were projects to help improve the public transport infrastructure in Kabul, develop rural tourism in Georgia, or dispose of municipal waste in the Serbian town of Čačak.

Over the past year, 13 projects in eight countries have been implemented under this programme. In Ukraine, Czech experts have helped with the development of local higher education and the export potential of the food industry, and in Moldova, they focused on helping the General Inspectorate of the Moldovan police in the fight against drug-related crime. “At first, we lacked information about the vocational training system and facilities of the Moldovan police. The evaluation of the capacities of our Moldovan colleagues and the follow-up training was a major breakthrough in this respect,” says David Kunetek from the National Drug Headquarters of the Police of the Czech Republic who, in the role of expert, is engaged in a project in Moldova aimed at the increasingly common phenomenon of new psychoactive substances and drug trafficking in the hidden environment of the Internet (or so-called Darknet).

“For the success of the project, it is very important to get personally acquainted with its beneficiaries. Establishing mutual trust and understanding the specifics of the partner country plays a crucial role in tackling criminal cases and is undoubtedly added value that we have achieved thanks to the ongoing project,” adds Kunetek. The emphasis on cooperation is just one of the advantages of the Expert Assignments Programme. Other advantages include the high degree of flexibility, the quick preparation, and the connection to the private and non-profit sectors.

Last year, a team of experts from Mepco took two business trips in Moldova during which its members met representatives of the Office of the Government of Moldova. The aim of their project was to evaluate the work of this office from an institutional and functional point of view and to make recommendations for changes that should increase the effectiveness of its activities. In this area, the possibility to transfer practical experience from the Czech environment was an advantage for the Czech experts.

“As part of the project, we first informed the Moldovans of how the reforms took place in our country, and we then jointly prepared an assessment of the local situation,” says Marek Jetmar, a public administration expert who was involved in preparing the project. One of the main goals of the Expert Assignments Programme is to share Czech experience and knowledge gained during the transformation period, i.e. the transition from a centrally planned economy to a market economy embedded in a democratic system. It is these transformational experiences that are perceived as a significant comparative advantage of experts from the Czech Republic in countries such as Moldova. 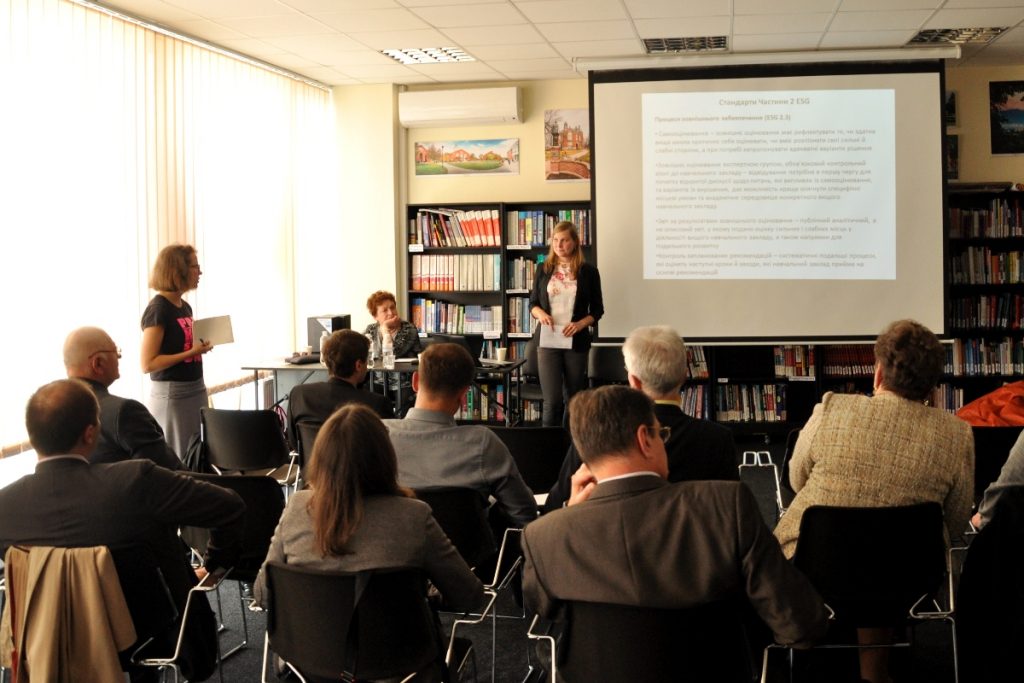 “When the words good governance and development aid are combined, it generally entails an evaluation of the quality of public policies or institutions and their potential for reducing poverty. However, good governance can have a much deeper impact on development, as it can interconnect public administration institutions with the private or non-profit sector,” says Director of the Czech Development Agency Pavel Frelich in his explanation of why an emphasis is also placed on support for state administration and its interconnection with the private and non-profit sectors under the programme.

“The project to create a legislative framework for innovation in Georgia, which was dealt with by Czech experts from the Technology Agency of the Czech Republic, is an example of this. An innovation centre where many small and large organizations have their own space for the development of innovative ideas was subsequently developed. The most prominent companies operating there include Samsung and Microsoft,” says Eva Lacinová, who is in charge of the Expert Assignments Programme at the Czech Development Agency, among other things.

Studies, training and, in particular, work in the field

The very content of the work of the Czech experts under this programme is very varied. Apart from conducting studies and preparing analyses or strategic plans, they mainly engage in consultation activities leading to the modification of existing methodological or legislative documents, such as directives or bills. “We were going through the Serbian bill on noise pollution paragraph by paragraph and word by word, and we were explaining how certain amendments could be interpreted and what they would entail for the locals,” recalls Michaela Vrdlovcová from the Ministry of Health, who played a role in the revision of the noise pollution bill in 2015 at the request of the Serbian partners, which was adopted in the following year. 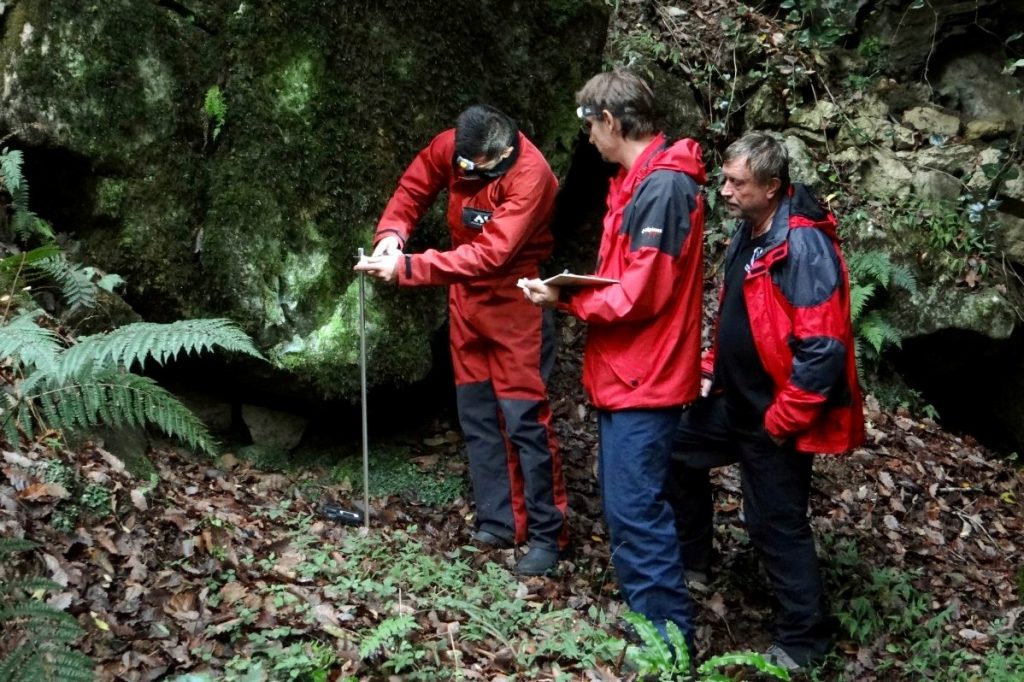 Workshops, training and work in the field play a key role in the work of the experts. “It is these areas that are the most beneficial for the successful implementation of the project. The theoretical preparation is the basis of the project, but practical demonstrations and consultations are indispensable for the locals. This is the most apparent at times when they need to address a specific and current problem,” says Kateřina Šilhánková, a former development diplomat at the embassy in Chisinau and the current Head of the Territorial Department at CzechAid.

However, the exchange of information is not unilateral, and Czech experts are also drawing information in comparing the local context. It is very often about acquiring valuable contacts and establishing long-term cooperation that is beneficial to both partners involved. A good example is the above-mentioned project on the fight against drug-related crime in Moldova. “Czech and Moldovan police officers are excited about the project. They not only exchange information about different methods of working with or trafficking drugs. As part of the cooperation, they also managed to follow up on one of their common cases together and began to address deeper possibilities for their coordination in dealing with it,” explains Eva Lacinová from the Czech Development Agency. The Temporary Expert Assignments Programme will continue in the coming years, and a minimum of CZK 5 million will be reserved for it annually.

More information about the programme can be found here. 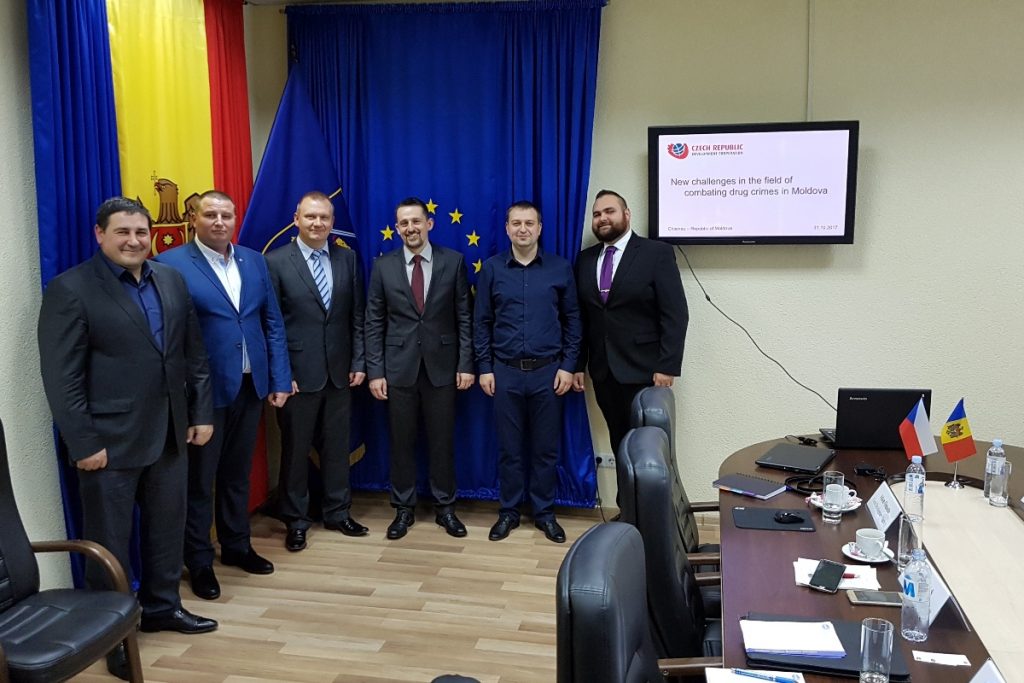 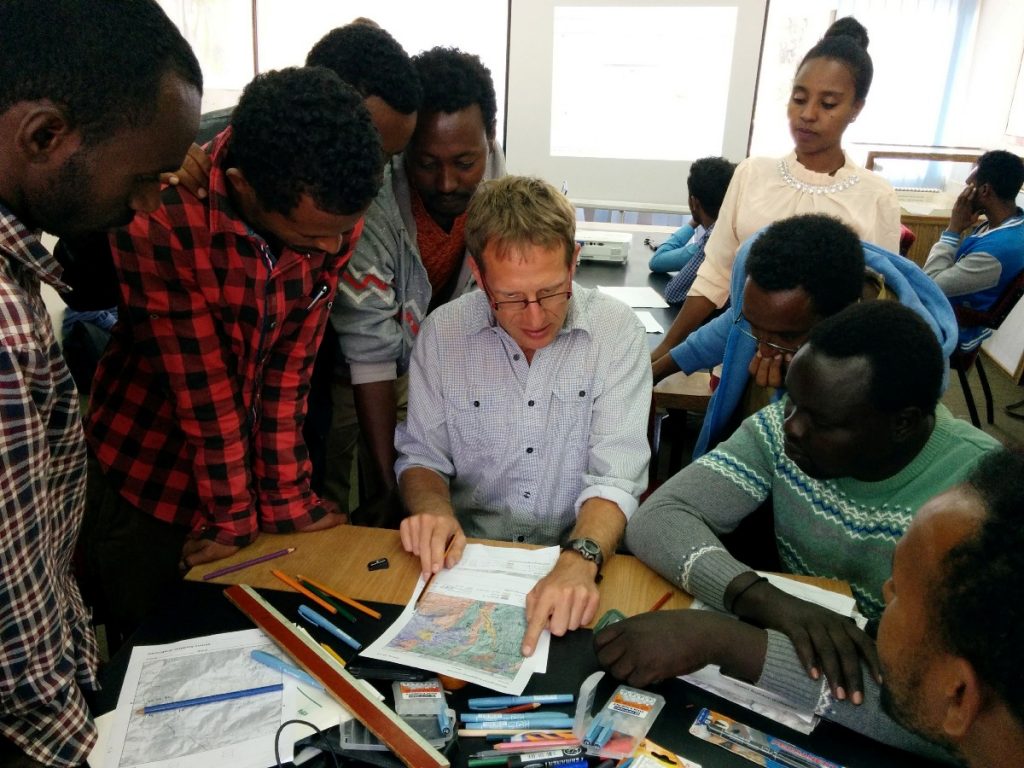 “Elaboration of the development concept for Imereti, Samegrelo and Racha Caves” (Georgia, 2015) 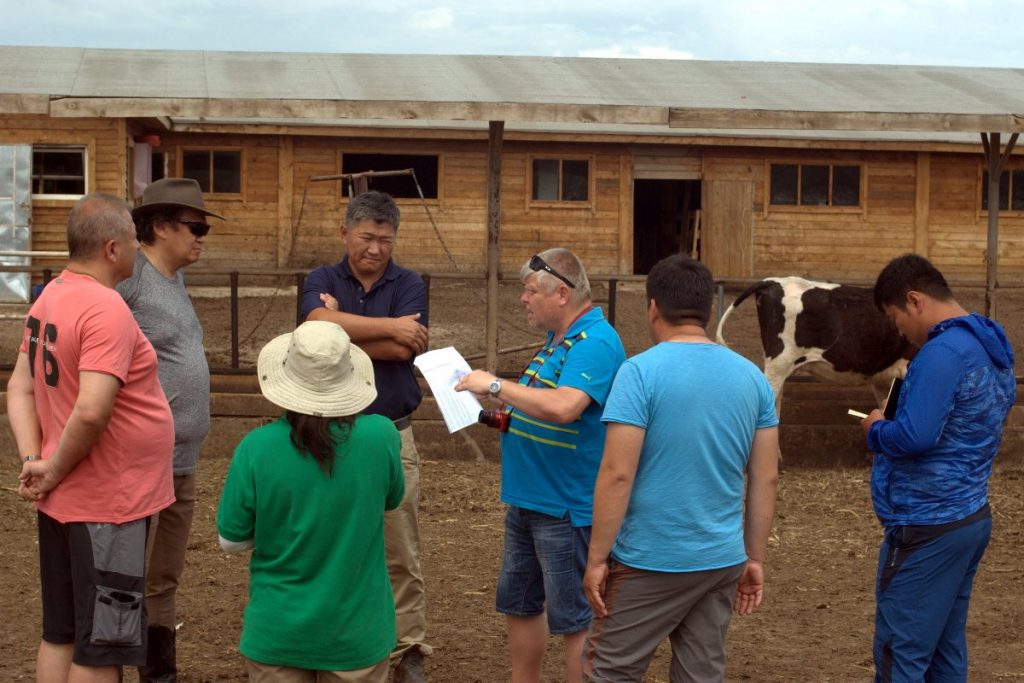 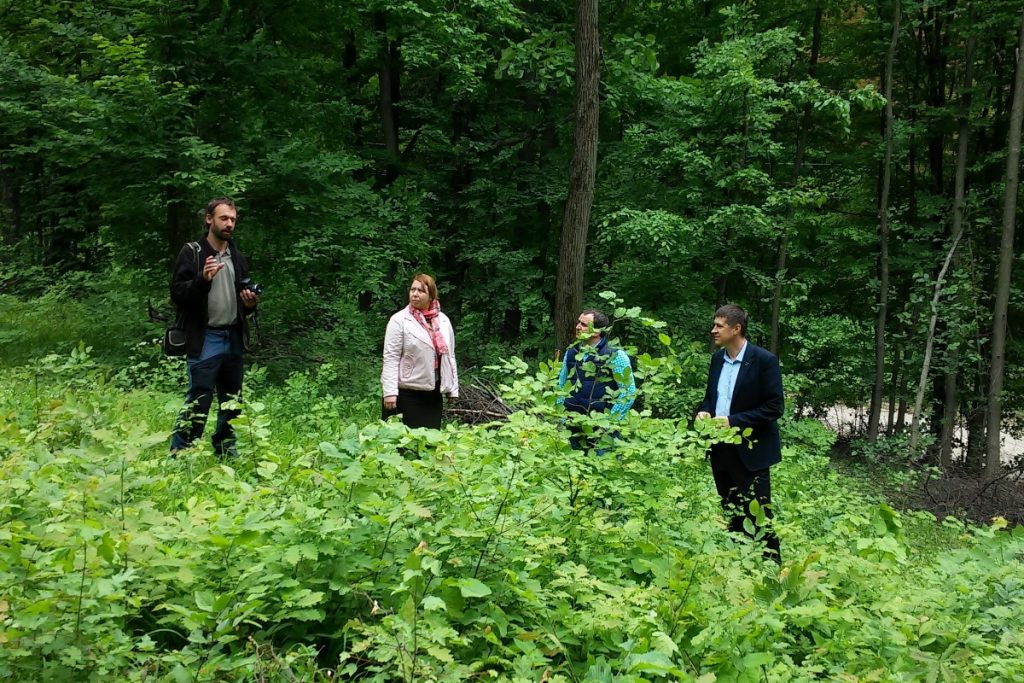 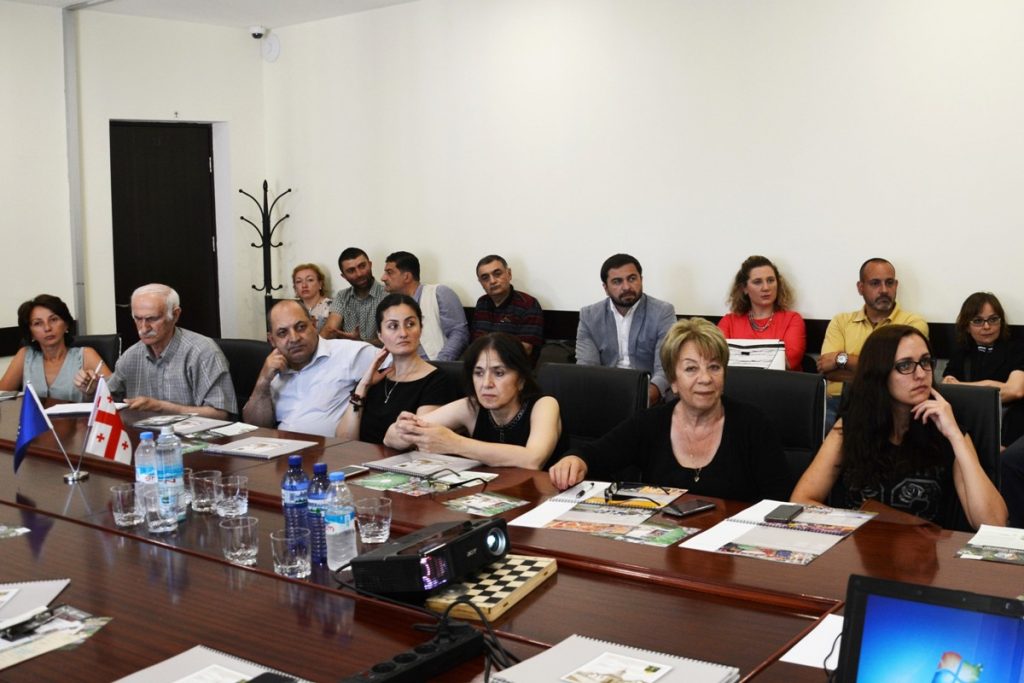